~ Inspired to make a better world ~ 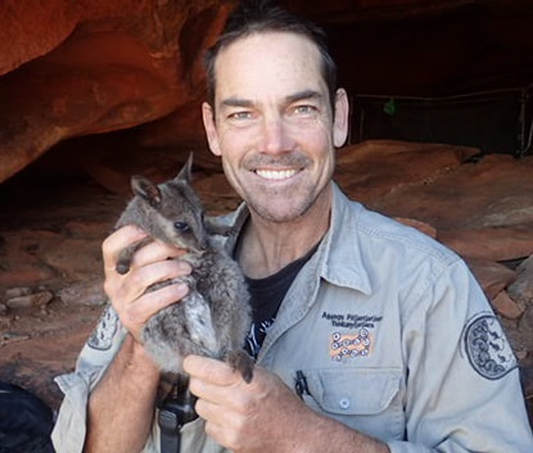 John Read is an ecologist and author, passionate about informed and pragmatic approaches to environmental and animal welfare issues. His ecological research has featured in over 120 scientific articles and he sits on a range of scientific advisory groups. He has also published three acclaimed books on topics as diverse as desert ecology, saving an indigenously owned tropical rainforest and cross-cultural attitudes to war. John lives on South Australia’s largest privately managed nature reserve with his wife, children and endangered malleefowl and marsupials.

‘Among The Pigeons’ celebrates the benefits of indoor cats and pet ownership, using examples of Jane Goodall and David Attenborough first developing their passions through pet ownership. However, during the last century, global domestic cat numbers rocketed past 200 million, along with a surge in feral cat numbers and cat diseases and an overwhelming increase in sick, injured and malnourished cats. Cat shelters are overflowing. Hundreds of thousands of cats are euthanased every year by despondent animal welfare workers but the problem keeps growing. Misplaced sentimentality, sometimes promoted by corporate greed of cat food companies, has exacerbated this situation through promoting irresponsible feeding of strays.

Ecologist and author John Read has travelled the world consulting cat experts and collating the most recent science. In Among the Pigeons he balances the allure of indoor cats with the animal welfare, human health and conservation issues they create when allowed to roam. But he also presents solutions, from breeding ideal indoor pet cats to development of humane and targeted tools to control feral cats.
​
In striking parallel to the repercussions of human-induced climate change, warnings about the damage wrought by free-ranging cats have been largely denied or overlooked. But we ignore these issues at our peril. For our own mental health and endangered wildlife and cherished pets worldwide, time is running out.
​
Excerpt from the chapter, Michael the wonder cat:
​
Many cat owners, even many vets, claim a cat used to the stimulation of an outdoors environment cannot, or should not, be confined inside. Some claim it is cruel to keep cats inside or that they simply cannot adapt to an indoor environment. But Michael and his compatriots are not given any choice by their pampering vet hospital staff. The vets understand the cats have been given a second chance and do not want to be responsible for simply transferring their wildlife killing from the islands to Tokyo. Komatsu is confident these rehabilitated cats will not be let outside because their owners also realise the perils of the outdoors for cats. He proudly shows off Michael, who by now has become quite famous in Japan, as ample evidence that, like Bubbles had done in Virginia, outdoor cats can very contentedly transform to an idyllic indoors lifestyle.